I turned in my last Final and waited a week for grades, later officially graduating from UC Santa Cruz with a B.S. in Computer Science officially commencing the next phase of my life, working.

I had held two earlier professional internships, and had worked at many positions during my time at UC Santa Cruz, but I was still concerned about landing my first position that’s supposed to slingshot my career. My main concern forward-looking, was what I’ve heard everyone struggle with, getting interviews. I landed my internship with Veeva through the UC Santa Cruz Career Fair, and my internship with Avira in Germany through contacts at the company. I had had it fairly simple, both opportunities didn’t require “chasing”.

My initial strategy was to apply to 10 positions on indeed.com with no cover letters. I waited a week and received zero responses. 10 submissions was increased to 50 submissions, still zero responses. It was at this point, a week after graduating college, with no responses did I realize a serious problem was emerging. It was a combination of being 1 of 1000 applying to each job, my lack of experience, and my weak personal brand. I revamped my website glenndayton.com, polished my portfolio, updated my LinkedIn, and started a YouTube tutorial series. If you’re interested in doing this for yourself, I’d highly suggest using resuME for building your personal brand.

Here’s how I did it…

My Secret Formula for getting a job

ZipRecruiter, I’ve used over 10 different job listing services, and by FAR ZipRecruiter has yielded the best results with an average 1 to 10 interview per application ratio. A unique feature to ZipRecruiter is the notification that gets sent to you when a recruiter opens your application, and subsequent notifications if they’ve opened your application several times thereafter. Not only is it reassuring to your psyche, it also gives you valuable insight into what types of positions companies think your resume fits best into.

Sending 5-10 applications daily, It’s simple, quantity is really the key with getting responses. The more I sent out the more views and responses I got.

Optimizing LinkedIn, No later than a week after adding “Full Stack Developer” to my LinkedIn did I start receiving on average 1-2 emails daily from recruiters interested in me. LinkedIn is much more valuable than I realized.

Sending out physical resume/cover letter, I thought that writing a unique 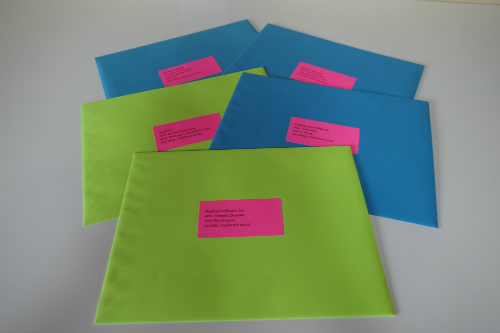 custom cover letter with my résumé and sending them snail mail on premium paper in bright envelopes would catch the attention of hiring managers, but I was mistaken. I sent out 10 applications in total, and received 2 responses. One was a flat no, thanking me for the cool envelope, and the second one was a phone interview. However, compared to ZipRecruiter the ratio is better with sending out your application physically, but takes up to 20 times longer.

Calling anyone who reaches out to me, I made it habit to call any recruiter that reached out to me. On several occasions after having a discussion with them they recommended me to a more relevant job than the one they originally reached out to me for. It separated me from other applicants who might only respond to the recruiters with a sentence length reply email.

It took less than a month to find my current dream job at NASA JPL with Columbus Technologies using the formula above. With various companies I did 3 in person interviews, had 7 phone interviews, and had dozens of calls with recruiters. If you’re finding that even after several months of searching you’re not getting results, I’d urge you to look in other states. San Diego, California is a fairly tight job market given the abundance of qualified applicants. I began to apply to other states like Washington, and Texas and received far more interest.